According to Mao Xu, a person in charge of Liuwei Management, the Liupanshuibei Toll Station is located in Liupanshui City, with a construction area of ​​about 3,000 m2. It is the section of Liupanshui to Weining (Jianjie) in the Guizhou (Ganla) Expressway. The project is an important part of the “6th, 7th and 8th 8th” (“678” network) and the “7th Vertical” and Liupanshui Ring Expressway in the 4 urban ring roads. The national expressway network has added encrypted lines to the important sections of the Shangri-La Expressway and has an important position in the regional expressway network. Through the highways connecting Sichuan, Yunnan and Guangxi, it forms a convenient sea passage for Xichang, the largest satellite launching base in Asia. It is also an important corridor leading to the Beibu Gulf and Pearl River Delta economic circle in Guizhou's resource-rich areas. The implementation of the project will be of great significance to stimulating the development of resources along the line, achieving poverty alleviation in backward areas, and promoting the social and economic development of Guizhou Province. The main line of the project starts from Yangjiazhai, the dam town on the east side of Liupanshui City, and connects with Liupanshui to Liuzhi Expressway (referred to as “Jiusliu Expressway”). It is connected to Yuezhao, Hairpin, Dahe, Dewu, Monkey Farm and Dawan. , Tangtang, Dongfeng, Furan, Admiralty, Weining County Chengbei, Xiaohai, Guanfenghai, Jinna, Niuteng, Zhongshui and other towns and towns, ending in the vicinity of Zhongshui Town, Weining County. 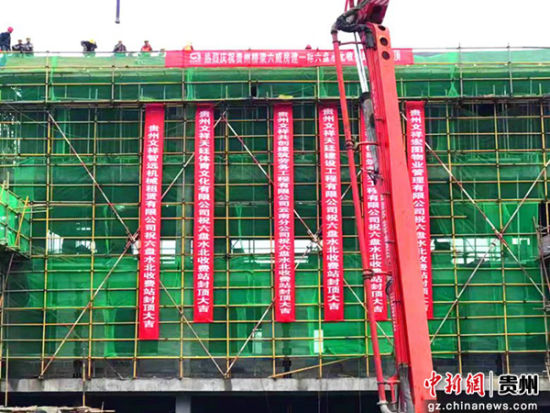 Lei Wenxiang, head of Guizhou Wenxiang Chuangjian Construction Labor Engineering Co., Ltd., who is responsible for the project construction tasks, said that the project of Liuwei Fangjian has overcome the effects of severe weather such as rainy and low temperature, and the project has been successfully capped and cannot be separated from the industry. Experts and company retired military personnel. During the construction, they carried forward the spirit of being particularly hard-working and especially capable of fighting. They always tried to overcome difficulties, overcome the pressure, and completed the engineering tasks on schedule, laying a solid foundation for the successful completion of the annual construction and construction tasks. (Finish)