As the Spring Festival approaches, in order to enhance the company's sense of social responsibility, the company's retired employees will not forget the sense of responsibility of the original, the true nature, and the courage to take responsibility. On January 28th, the 11th project of the Yu'an Expressway of the China Railway Fourth Bureau and the Guizhou Wenxiang Tianting Construction Engineering Group Co., Ltd. jointly launched the “Caring for the Veterans and Wishing the New Year” to visit the condolences. 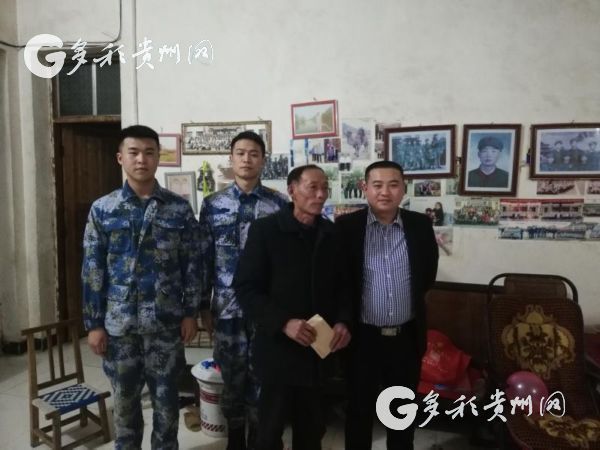 "I have always admired the old soldiers and old party members. Although we lived in peacetime, we have not experienced the bonfires of the old and the old, but I have grown up in military families and have witnessed many revolutionary ancestors. Touching the deeds, I know more about the mission and responsibility of the military. Since the establishment of our company, we have always tried our best to provide entrepreneurial jobs for the retired military personnel in need." Executive Director of the Guizhou Patriotic Army Promotion Association, Guizhou Wenxiang Tianting Construction Engineering Group Li Wenxiang, head of the company, said.

During the visit, Lei Wenxiang said that this year is the second year of the company's project department in Xinzhai Village. During the project promotion, we not only received strong support from the local party committee and government, but also received the participation of the Guizhou Provincial Patriotic Army Promotion Association. Leader and the responsible person of the project department of the China Railway Fourth Bureau. In the future, the company will continue to carry out a series of activities of “True Love and Retirement Soldiers”, create better conditions for veterans to create jobs, provide more positions, and try their best to help them solve difficult problems in working life and firmly assume As a corporate social responsibility, establish and demonstrate a good image of a new era of business.