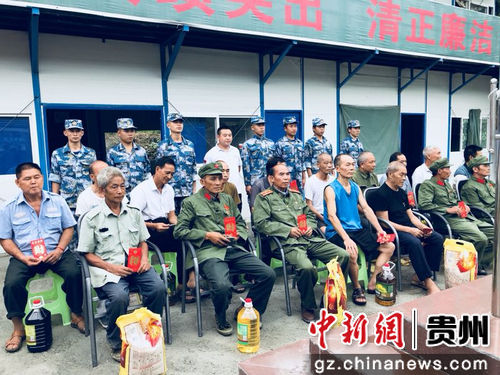 Zhongxin.com, Guizhou News, July 26 (correspondent Huang Maojie) to commemorate the 91st anniversary of the founding of the People's Liberation Army, encourage the employees of the company to retreat from the military, and better inherit and carry forward the spirit of the company. The Yu'an Expressway China Railway Fourth Bureau Project Department and Guizhou Wenxiang Zhiyuan Machinery Leasing Co., Ltd. recently invited 28 war veterans and enterprise veterans to hold a "Architectural Army to inherit the spirit of the Iron Army and build a better future". Festival theme party.