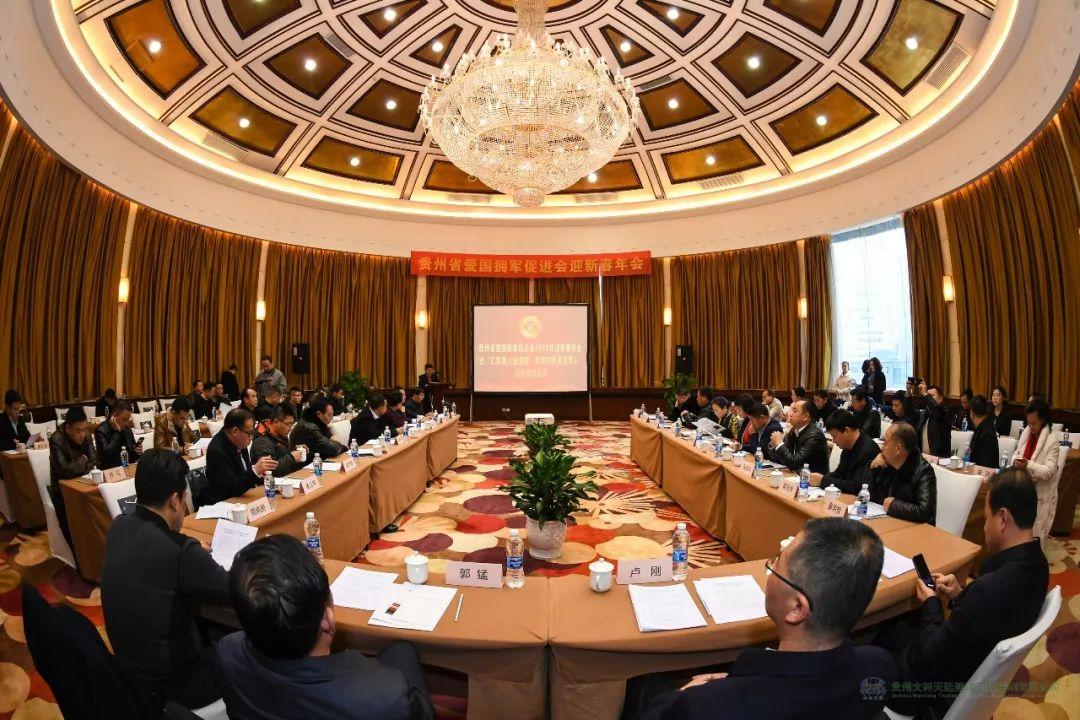 On January 18th, the launching ceremony of the 20th Anniversary of the Spring Festival of the Patriotic Army Promotion Association of Guizhou Province and the gathering of "Love, Warmth, and Love for Retired Soldiers" was held in Guiyang. The meeting mainly summed up the work of the past year, commended the outstanding members and the deployment of the "Convergence Power to send warmth, true love and retired military personnel" Spring Festival visit condolence activities related work. Guo Meng, president of the Provincial Patriotic Support Promotion Association, delivered a speech, and Lu Gang, deputy director of the Provincial Retirement Military Affairs Office, delivered a speech and presented awards to outstanding member units. Xu Wenyi, Director of the Social Organization Administration of the Provincial Civil Affairs Bureau, Liang Haijun, the leader of the Provincial Retired Military Affairs Office, and the leaders of the Provincial Afghan Support Promotion Association, members of the Board of Directors, representatives of Guiyang District, special guests and media reporters attended the meeting. . 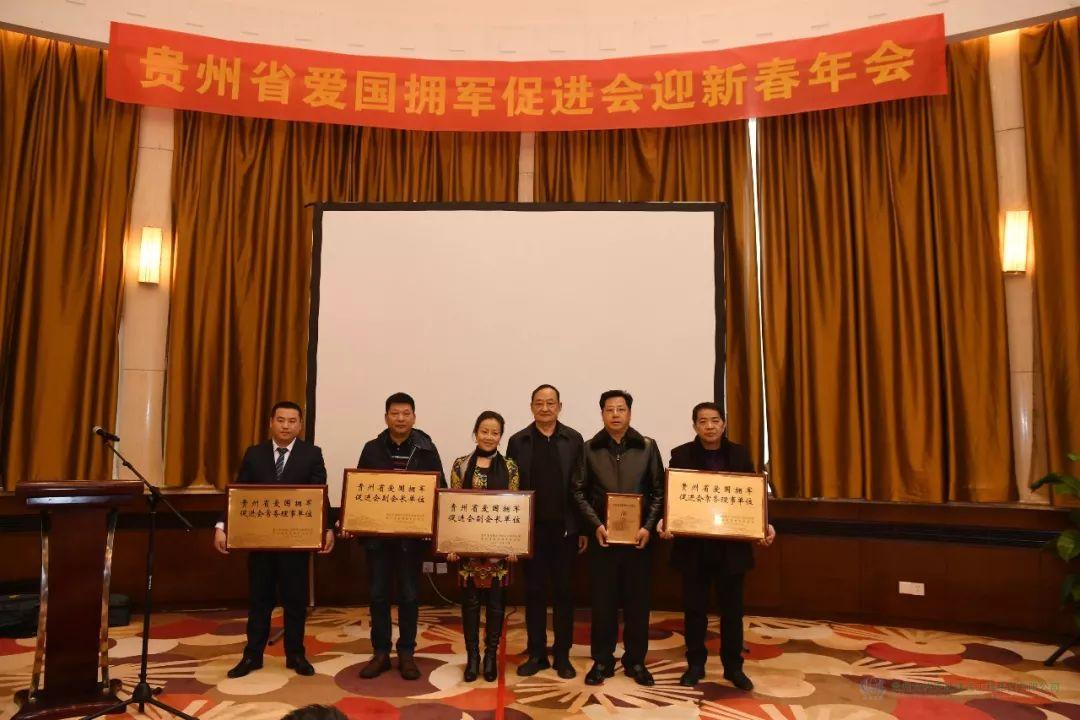 In his speech, Guo Meng briefly reviewed the work history of the Provincial Patriotic Army Promotion Association in the past year, fully affirmed the hard work and positive contribution of the member units, and put forward the hope requirements for doing a good job in the new year. He pointed out that in the past year, the Guizhou Provincial Patriotic Army Promotion Association has thoroughly studied and implemented the spirit of the important speech of General Secretary Xi Jinping, and followed the political requirements of “letting the military become a profession respected by the whole society”, bearing in mind the affection of “not letting the hero bleed and tears”. He is striving to carry forward the work of promoting the culture of the army, consoling and caring for the soldiers, supporting the reform of the national defense and the army, doing it well, doing it well, and exerting the influence of all aspects of the province, and strengthening the strong momentum of forming a patriotic army. The province's patriotic military support has added a lot of color. In the new year, the Provincial Patriotic Army Promotion Association should closely focus on the party's line, principles, policies, and decision-making arrangements of the provincial, provincial, and provincial governments, adhere to the purpose of this Council, plan and deploy in depth, and continue to hold high the banner of "patriotism." Appropriately the "big picture of service" position, use the advantage of "military and civilian integration", uphold the soul of "innovation and development", actively embrace the new era, adapt to new requirements, establish new standards, create new achievements, and practice patriotism with practical actions. Hold the vows. 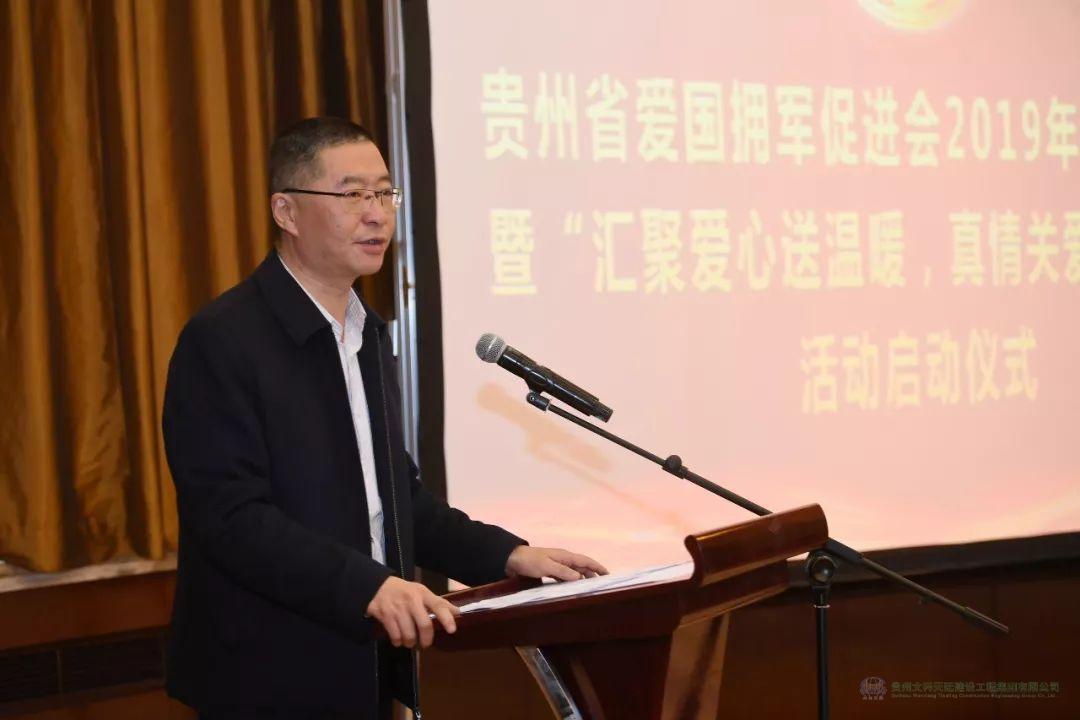 In his speech, Lu Gang hopes that the Provincial Patriotic Army Promotion Association will continue to carry forward achievements, pioneering and innovating, strive to unite patriotic forces, serve economic and social development, consolidate military and political unity, promote social harmony and stability, and integrate all resources to support national defense and the military. Play a bigger role in construction. He stressed that it is necessary to improve political positions and consciously serve the overall situation. Adhere to the guidance of Xi Jinping's new era of socialism with Chinese characteristics, conscientiously implement General Secretary Xi Jinping's strong army thinking and the important guiding spirit of the work of retired military personnel, further consolidate the "four consciousnesses", strengthen the "four self-confidences", and resolutely "Two maintenance" closely follows the center of serving economic and social development, serving the military's national defense construction, serving the society's harmonious and stable, striving to promote cohesiveness in the promotion of ideological and political fields, producing productivity in the field of promoting economic construction, and promoting military and defense fields. In terms of combat effectiveness, it has an affinity in promoting social construction. We must consciously practice our purposes and perform our duties conscientiously. Taking the superiority of the armed forces as the unshirkable responsibility, actively publicizing the patriotic and military support policies of the party and the state, actively exploring the establishment of a platform for cooperation and exchange between the government and the society, the army and the localities, individuals and organizations, and actively mobilizing social forces to carry out science and technology support, intellectual support, Cultural support for the military and other activities, actively explore new ways of socializing to support the army, and actively play the advantages of suggestions, fundraising, etc., build an effective auxiliary service system, and promote the scientific development of patriotic support. We must work hard to build a brand and actively build a good image. Focusing on building a social group with high reputation, good credibility, strong appeal and great attraction, we will strive to promote and promote typical models of growth and efficiency, vigorously promote the advanced models of patriotic support, and tell the story of the most retired military personnel, and strive to emerge more Excellent member units, striving to be a "gas station" for the hard-working heroes, becoming a "good helper" for army building, striving to be the "leader" of social organizations, winning the trust of the party and the government, the identification of the troops, and the society with practical actions. Recognized, it has made due contributions to the new and bright future of Guizhou, which is striving to create a "people's rich, ecological beauty." 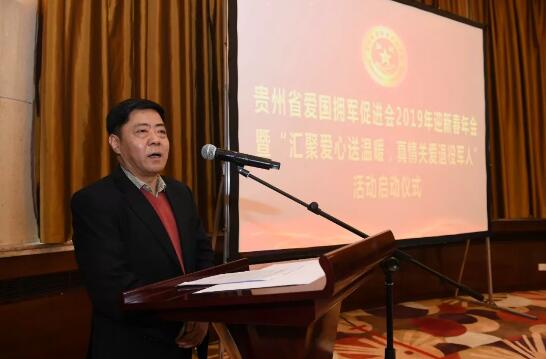 At the meeting, 17 outstanding member units such as Guizhou Super Group were commended, and the newly elected vice president and executive director were awarded the card. Kang Xinping, executive vice president of the Guizhou Provincial Patriotic Army Promotion Association, arranged condolence work and launched a condolence activity of “gathering love to send warmth, true love for retired military personnel”, and received positive response from members and the community, and enthusiastic attendees at the meeting. The donation will be 150,000 yuan, and the proceeds will be used to carry out condolence activities. The focus will be on condolences to special hardship veterans, disabled soldiers and military martyrs. President Guo Meng, Deputy Director Lu Gang, Vice President Tong Ming, Vice President Huang Guilin, Director Xu Wenyi, and Director Liang Navy presented awards to outstanding members. Secretary-General Han Jianhua presided over the annual meeting. 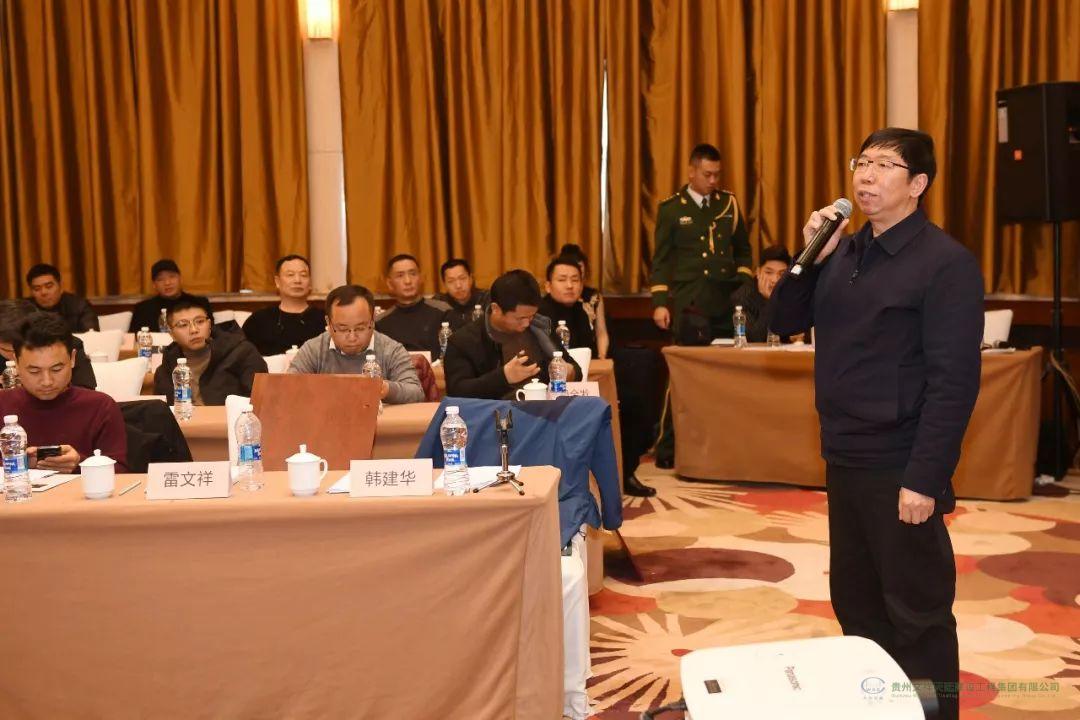 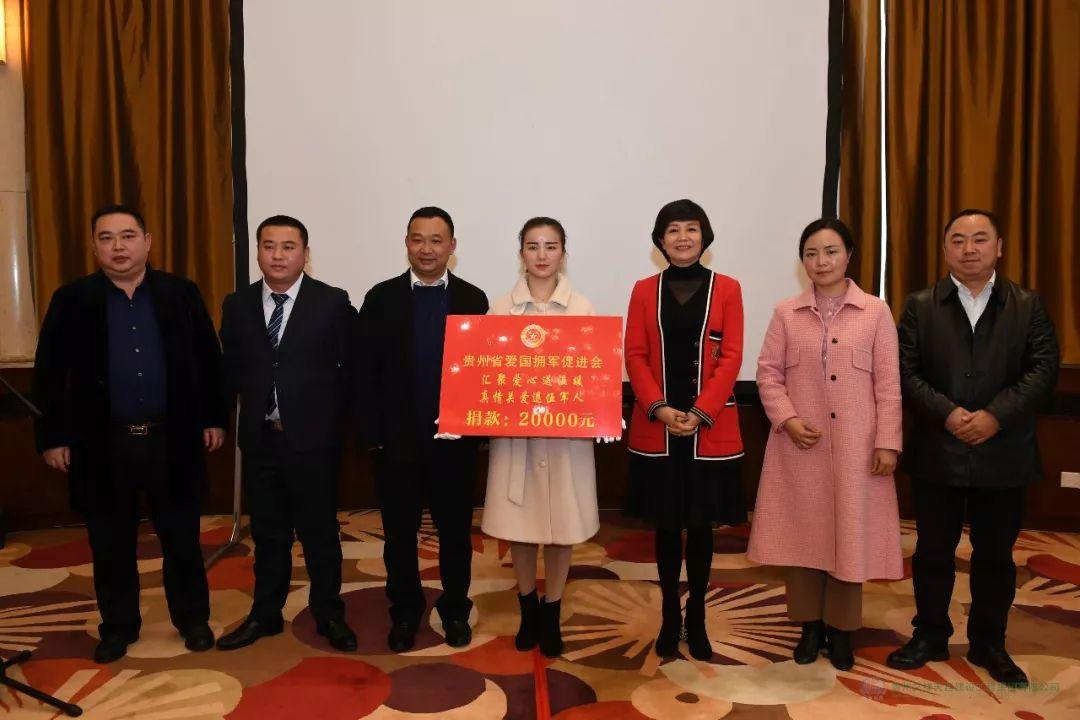 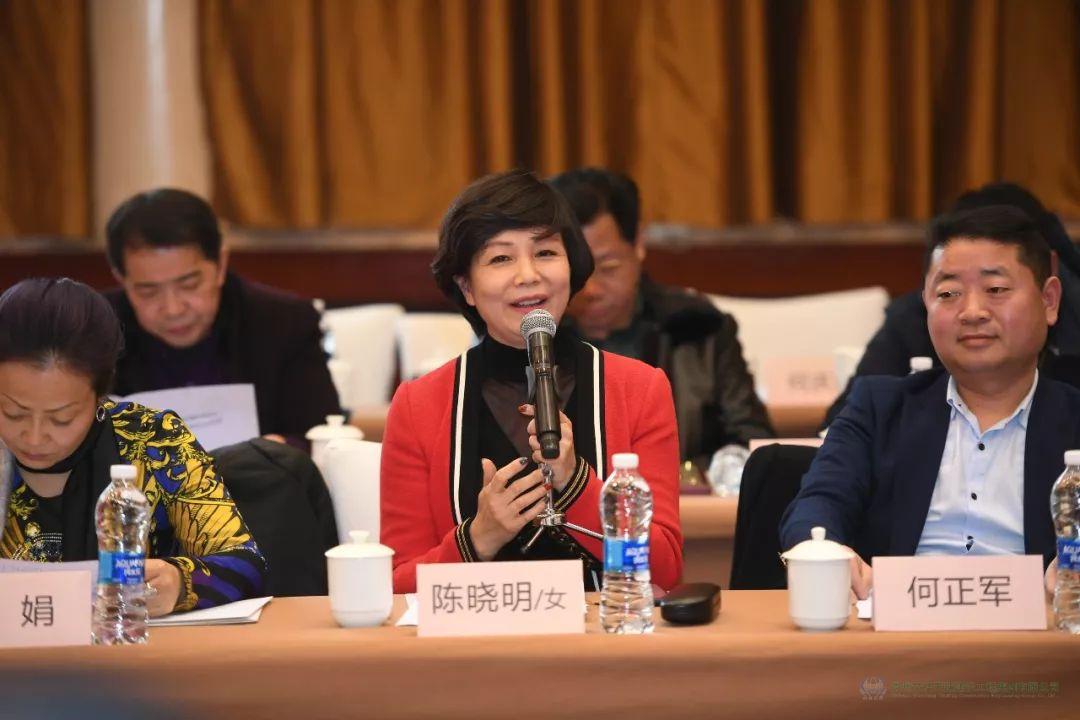 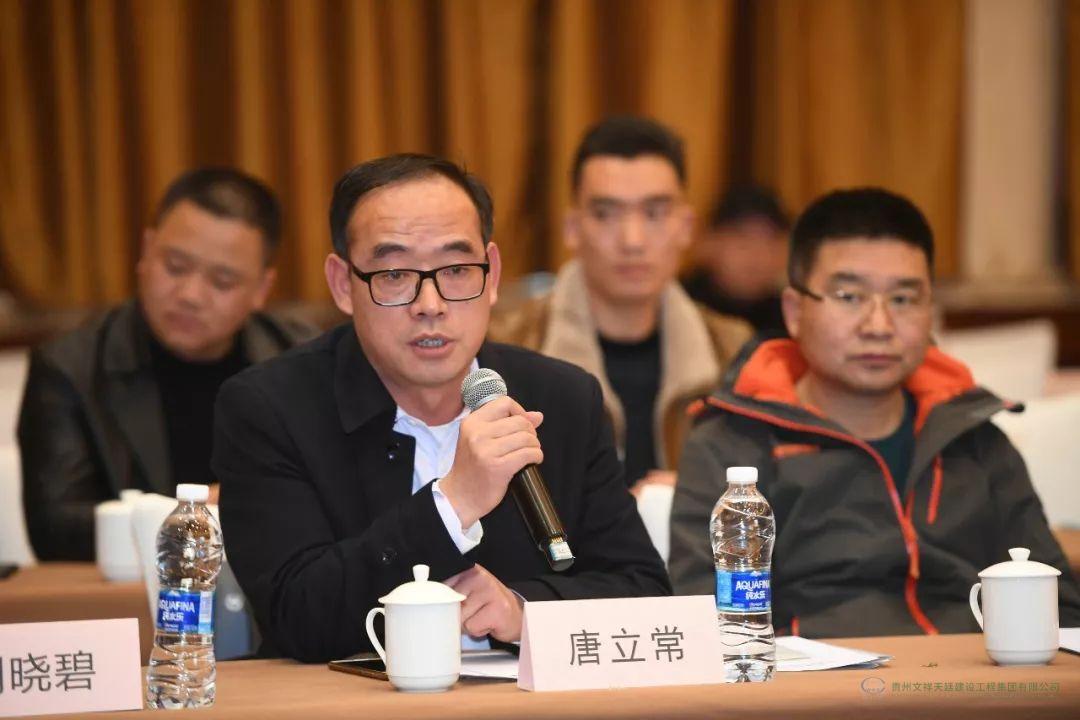 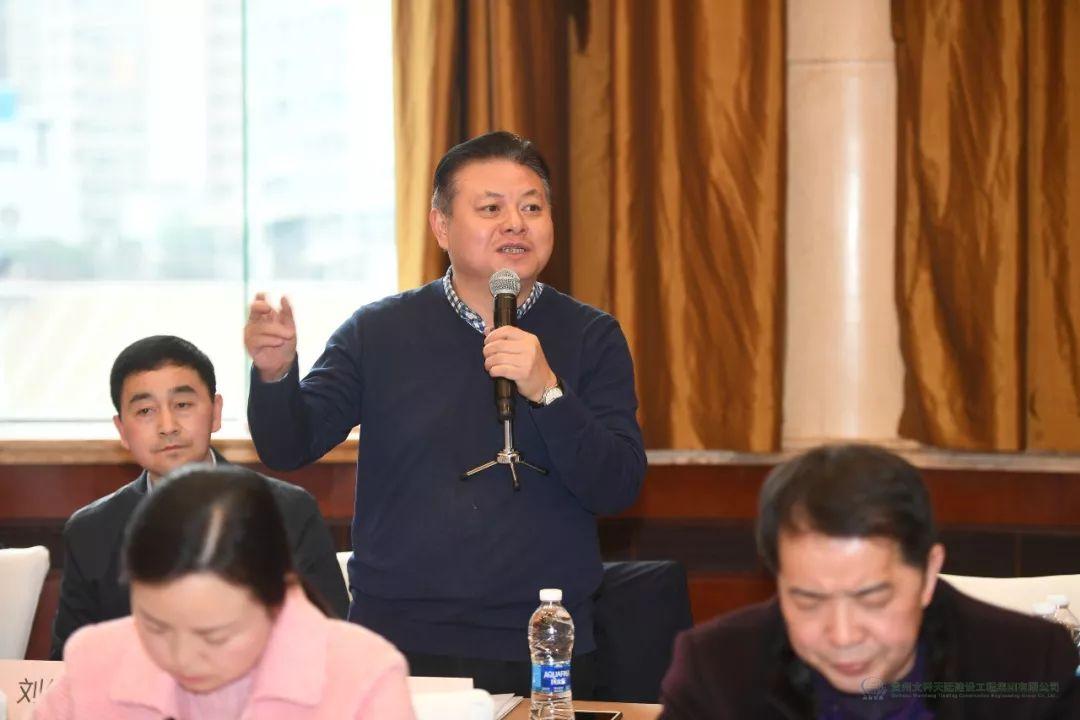 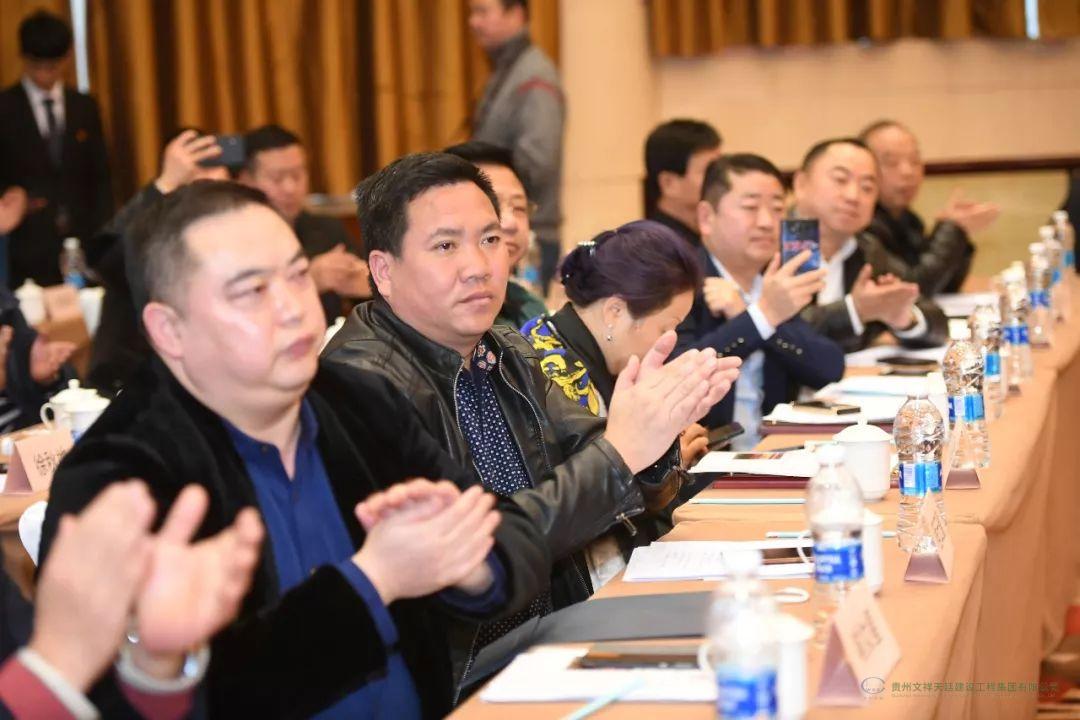 The atmosphere at the annual meeting was warm and peaceful.